Should a contractor’s prime contract include an arbitration clause? Should a trade contractor be concerned about a subcontract that requires arbitration?  This month we will touch on some pros and cons of “binding contractual arbitration” as it relates to construction contracts.

Simply put, arbitration is a substitute for a civil lawsuit (aka an “alternate dispute resolution mechanism”).  You might think of it as a “private trial.”  Most significantly, the typical arbitration clause requires the parties to:  1.) waive their right to a jury trial, and 2.) waive their right to appeal the arbitrator’s decision (which is analogous to a court judgment).  I say “typical,” because in a contract, the parties are free to modify the rules of arbitration as they see fit.  This is why you will rarely find two arbitration clauses that are exactly alike.

2.  WHY WOULD ANYONE WANT TO ARBITRATE?

The short answer is:  To save money and time.  For several reasons, an arbitration may be less expensive than a full-blown civil case, which is governed by complex rules of civil procedure.  Civil cases can involve time-consuming written discovery, document production, depositions, and a variety of motions.  It can also be challenging to get a definitive trial date in a busy civil court, where criminal trials take precedence and delays are common.  In theory, arbitration can avoid some or all of these characteristics, resulting in savings of time, attorney fees, and court costs, especially in cases with smaller amounts in dispute.  On the other hand, each of the various civil litigation discovery devices exist for a purpose, and giving them up may create disadvantages.

3.  SOME PITFALLS OF ARBITRATION:

Less Control:  As stated, arbitrations do not involve juries.  If it is important to have your dispute decided by twelve impartial citizens, you should not agree to arbitration.  Most arbitrations involve only one arbitrator – frequently a retired judge – who acts as “judge, jury, and executioner.”  (Ouch…!)  On the other hand, parties have a good deal of control over the contractual terms governing the selection of an arbitrator.  Also, parties are sometimes shocked to discover that arbitration decisions are “final” in a very real sense.  There are very few grounds to attack an arbitration award – even one that contains a mistake of law.

Cost:  Arbitrators rarely work for free, and good ones are usually expensive.  Civil judges are paid by the taxpaying public.  Parties to arbitration usually split the up-front costs of arbitration, but this division is subject to reallocation based on the arbitration decision.  In other words, the losing party ends up paying 100% of the arbitrator’s fees.  Many attorneys feel that overall, the reputed cost savings of arbitration are exaggerated in comparison to civil lawsuits.

Multi-Party Situations:  A potential trap for the unwary arises from multiple-party disputes.  When an owner makes an arbitration claim for roofing defects against the prime contractor, the claim may also implicate the roofer, sheet metal subcontractor, design professional, and product manufacturer.  What happens when some of the necessary parties don’t have arbitration contracts, but others do?  Frequently, it means that some aspects of the dispute will proceed in civil court, and others will proceed to arbitration.  Fighting the same battle in two separate cases is rarely advantageous.  When negotiating a prime contract, owners should also require the general contractor to put identical arbitration language into all subcontracts.  This same logic also benefits the contractor.  Subcontractors have little incentive to agree to arbitration after a dispute arises, even if the prime contractor is required to arbitrate with the owner.  In other words, it helps to have all participants in a construction project tied to the same contractual “dispute resolution mechanism” – regardless of whether that mechanism is arbitration, or something else.

In conclusion, I would not discourage anyone from considering arbitration as a cost-effective tool to handle disputes.  However, I do think that consideration should be made with an informed understanding of how arbitration may affect a construction claim.

Mark Coffin is a construction attorney based in Santa Barbara, California.  This article is intended to provide general information rather than specific legal advice, and is not intended to create an attorney-client relationship or serve as a substitute for a professional legal consultation. 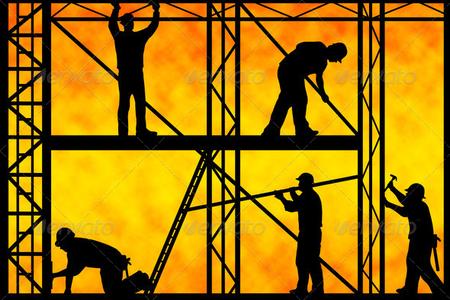 CONSTRUCTION ARBITRATION: THE GOOD, THE BAD, AND THE UGLY